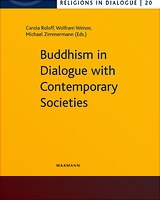 The contributions in this volume show not only that Buddhism matters in the West but that it already has its strong impact on our societies. Therefore, universities in Europe should include Buddhist theories and techniques in their curricula. 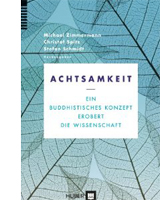 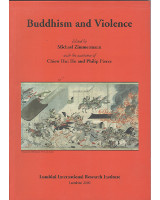 With the kind permission of the publisher this volume with contributions on the relation between Buddhism and violence from 2006 could now be made available freely in the internet.

It can be downloaded here. 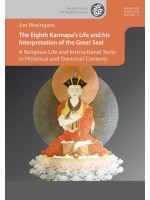 This book investigates Mikyö Dorje’s biographies and carries out case studies of some of his mahāmudrā (Great Seal) teachings, Buddhist instructions for the acquisition of meditative insight. After surveying a variety of textual sources for the study of the Karmapa’s life and works, this book shows how he developed into one of the most productive scholars of his tradition, who, located within the shifting religious and political hegemonies of his time, managed to acquire a status of singular importance to his school. Rheingans then goes on to analyse Mikyö Dorje’s mahāmudrā teachings by examining selected texts that contain such instructions in historical and doctrinal context. This study contends that the Kagyüpa mahāmudrā constitutes less a static system than an independent key instruction to be adapted by the guru to different students’ requirements and are thus chiefly characterised by didactic pragmatism.

The Foundation History of the Nuns’ Order
von Bhikkhu Anālayo 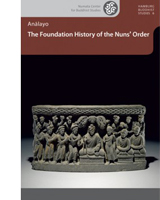 This book is a companion to Bhikkhu Anālayo’s previous studies of the Genesis of the Bodhisattva Ideal and the Dawn of Abhidharma. In the present book he examines the foundation history of the Buddhist order of nuns, based on a detailed study of the canonical accounts of this event preserved in Chinese, Pāli, Sanskrit, and Tibetan. Anālayo investigates how the different and at times conflicting parts of the textual account of this particular episode gradually evolved to constitute the foundation history in the way in which it is now extant. His findings put into perspective the Buddha’s refusal to found an order of nuns as well as the prediction that the going forth of women supposedly spells decline for the whole Buddhist tradition, showing how these elements would have arisen and then become part of the foundation history. 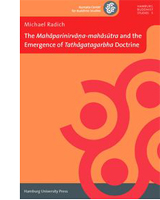 Famously, tathāgatagarbha doctrine holds that every sentient being has within the body a womb for Buddhas, or an embryonic Buddha – the potential for full buddhahood. Previous scholars have seen this doctrine as originating in the Tathāgatagarbha-sūtra. In this book, Michael Radich argues that rather, the Mahāparinirvāṇa-mahāsūtra is most likely our earliest extant tathāgatagarbha text. Radich then argues that tathāgatagarbha ideas originated as part of a wider pattern of docetic Buddhology – ideas holding that Buddhas are not really as they appear. Buddhist docetic texts are clearly troubled by the notion that Buddhas could have flesh-and-blood human mothers. The Mahāparinirvāṇa-mahāsūtra is one such text, and tathāgatagarbha functions as a better substitute for imperfect human maternity: rather than a putrid, painful human womb, buddhahood springs from a “womb” inherent in every sentient being, which promises final liberation from flesh altogether. This book should interest readers concerned with the history of Buddhist ideas, gender in Buddhism, the early Mahāyāna, the cult of the Buddha’s relics, and relations between Buddhist ideas and practice.

Buddhist Cosmic Unity:  An Edition, Translation and Study of the "Anūnatvāpūrṇatvanirdeśaparivarta"
von Jonathan A. Silk 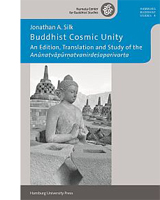 The "Anūnatvāpūrṇatvanirdeśaparivarta" is a short Mahāyāna sūtra extant in its entirety only in Chinese translation. To judge from its use as a proof-text in the seminal philosophical treatise "Ratnagotravibhāga", which quotes roughly half of the sūtra, it is a fundamental scripture expressing ideas about the unitary nature of saṁsāra and nirvāṇa, and each individual’s innate capacity for awakening, called in this text and elsewhere ‘tathāgatagarbha,’ ‘embryo of the tathāgatas.’ Although the text has hitherto drawn the attention primarily of Japanese scholars, this is the first critical edition of the sūtra, aligning its Chinese text with the available Sanskrit, offering a richly annotated English translation, a detailed introduction which places the work in its historical and doctrinal context, and a number of appendices exploring key notions, providing a reading text shorn of annotation, and enumerating the prolific quotations of the work found in Chinese Buddhist literature. This volume is thus an important contribution to studies of developing Mahāyāna Buddhism, Buddhist doctrine and the textual history of scriptures. 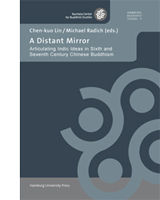 In this book, an international team of fourteen scholars investigates the Chinese reception of Indian Buddhist ideas, especially in the sixth and seventh centuries. Topics include Buddhist logic and epistemology (pramāṇa, yinming); commentaries on Indian Buddhist texts; Chinese readings of systems as diverse as Madhyamaka, Yogācāra and tathāgatagarbha; the working out of Indian concepts and problematics in new Chinese works; and previously under-studied Chinese evidence for developments in India. The authors aim to consider the ways that these Chinese materials might furnish evidence of broader Buddhist trends, thereby problematizing a prevalent notion of “sinification”, which has led scholars to consider such materials predominantly in terms of trends ostensibly distinctive to China. The volume also tries to go beyond seeing sixth- and seventh-century China primarily as the age of the formation and establishment of the Chinese Buddhist “schools”. The authors attempt to view the ideas under study on their own terms, as valid Buddhist ideas engendered in a rich, “liminal” space of interchange between two large traditions.

The Genesis of Yogācāra-Vijñānavāda: Responses and Reflections
von Lambert Schmithausen 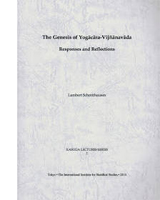 Coming from the pen of one of the doyens of the field, the monumental monograph defends and refines some of the author’s theories related to the origin and early history of the Yogācāra-Vijñānavāda school.
Part I is a carefully argued refutation of the criticism expressed by Sh. Matsumoto and H. Buescher concerning Schmithausen’s thesis on the origin of Ālayavijñāna (formulated in his 1987 monograph). In this context (Part I, § 8), the author also discusses N. Yamabe’s new theory on the birth of this key concept, which he considers ‘a serious alternative to my hypothesis, though not without problems either’ (p. 6). Part II, also formulated as a critical reply to Matsumoto’s and Buescher’s views, offers further philological and historical evidence to what Schmithausen considers the first documented occurrence of the representation-only (vijñāptimātra) doctrine in the Saṃdhinirmocanasūtra VIII.7. Closely related to this problem is the meticulous examination of the controversial expression prabhāvita, which represents the central topic of Part III. Finally, Part IV looks at the origin of the Yogāra-Vijñānavāda ‘idealism’ in the larger context of the relation between philosophical theory and spiritual practice in Buddhism. While critically responding to some of the opposing views advocated over the years, Schmithausen also reformulates and elaborates upon his earlier model.

Accompanied by detailed indexes and an impressive critical apparatus, which has become the hallmark of Schmithausen’s scholarship, the opus explores some of the fundamental doctrines as well as a variety of related facets of the early Yogācāra tradition in particular and Buddhist philosophy in general.

Lambert Schmithausen, The Genesis of Yogācāra-Vijñānavāda: Responses and Reflections. Kasuga Lectures Series I. Tokyo: The International Institute for Buddhist Studies, 2014. 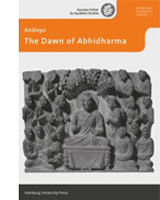 This book is a companion to Bhikkhu Anālayo’s previous study of the Genesis of the Bodhisattva Ideal. In the present book he turns to another important aspect in the development of Buddhist thought: the beginnings of the Abhidharma. Anālayo shows that the two main modes generally held in academic circles to explain the arising of the Abhidharma – the use of lists (mātrḳā) and the question-and-answer format – are formal elements that in themselves are not characteristic of Abhidharma thought. Going beyond the notion that the coming into being of the Abhidharma can be located in such formal aspects, he shows how the attempt to provide a comprehensive map of the teachings gradually led to the arising of new terminology and new ideas. He identifies the notion of the supramundane path as an instance where fully fledged Abhidharma thought manifests in the discourses. Anālayo concludes that what characterizes the Abhidharma is not the mere use of dry lists and summaries, but rather a mode of thought that has gone further (abhi-) than the Dharma taught in the early discourses in general. 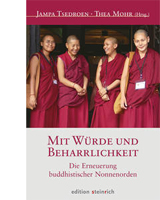 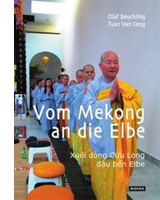 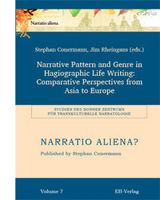 Comparative Perspectives from Asia to Europe examines so far mostly unstudied ‘non-occidental’ pre-modern hagiographic texts across disciplines with both philological and narratological approaches. Texts that recount the life of a saint have been labelled ‘hagiography’ and such works have been employed as sources for historical or literary research. However, a text-based definition of the term, not to mention a confirmation of its use on the basis of wider examinations across cultures is still wanting. Furthermore, the analysis with the methodological devices offered by narratology is only in its beginnings. This volume aims to be a step on this way: eleven contributors examine texts from Christianity, Buddhism, Islam and Judaism in the respective source languages. Works studied include the Christian hagiography of Anthony or St. Brigit of Ireland, narrative texts about Tibetan Buddhist masters such as Milarepa or the Eighth Karmapa-hierarch, Sino-Tibetan Communist ‘hagiographies’, Persian Sufi-Monographs, Turco-Persian hagiographies and Hasidic legends. A comprehensive introduction outlines hagiographic life writing; an outlook develops some definitions and suggests a scheme of analysis for future research.

The Genesis of the Bodhisattva Ideal
von Bhikkhu Anālayo 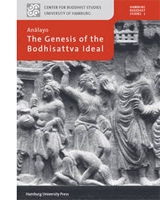 In this book, Bhikkhu Anālayo investigates the genesis of the bodhisattva ideal, one of the most important concepts in the history of Buddhist thought. He brings together material from the corpus of the early discourses preserved mainly in Pāli and Chinese that appear to have influenced the arising of the bodhisattva ideal. Anālayo convincingly shows that the early sources do not present compassionate concern for others as a motivating force for the Buddha’s quest for awakening. He further offers an analysis of the only reference to Maitreya in the Pāli canon, showing that this reference is most likely a later addition. In sum, Bhikkhu Anālayo is able to delineate a gradual genesis of central aspects of the bodhisattva ideal by documenting (1) an evolution in the bodhisattva concept reflected in the early discourses, (2) the emergence of the notion of a vow to pursue the path to buddhahood, and (3) the possible background for the idea of a prediction an aspirant to buddhahood receives from a former buddha. 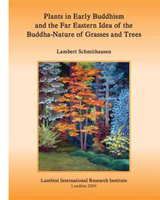 Corrigenda: The author should like to correct a mistake on p. 334 (Abbreviations: MPSDh): It is not Dharmaksema's but Fa-hsien's translation that was produced in collaboration with Buddhabhadra (Habata 2007: xl, referring to T 55.2145: 60b2-11). 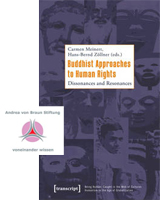 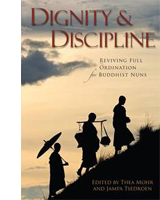 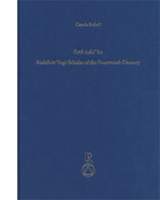 We are pleased to announce the publication of the dissertation of a member of the Center for Buddhist Studies: