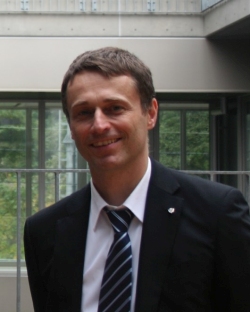 The Buddha sitting quietly in meditation symbolizes a relaxed state of mental concentration, at peace with the outside world. Throughout history, the practice of meditation has remained a central theme in Buddhist culture. Still, in what way, exactly, has the practice of meditation affected how Buddhist traditions see mind and the world as a whole? To be sure, not all cultural manifestations of Buddhism are grounded in meditative experience, and not all claims to authority based on such experience are justified. On the other hand, there remains an unshaken body of evidence that meditation was practiced intensively and that it influenced Buddhist doctrines, notably the view that “the whole world is mind only (cittamātram … traidhātukam)” in the Indian Buddhist tradition of “Yoga Practitioners” (Yogācārāḥ).

Over the last decades, research on “mind only” and the tradition of Yoga Practitioners has made significant progress, accompanied by vivid debates on several key issues: In what way did meditation influence the view that “the whole world is mind only”? Did the Yoga Practitioners hide their view that the material world is a mental projection? If the material world is unreal, does this mean that mind is real?

The latter point was of special importance to the critics of the Yogācāra tradition, who saw them as clinging to a solid “thing” called mind. However, even such critics as Candrakīrti (c. 7th c.) accepted the presupposition that the material world arises from “mind only,” as taught in the Sūtra of the Ten [Bodhisattva] Stages. In this talk, we will examine the historical evidence and consider possible motives underlying recent debates.

Professor Achim Bayer (Kanazawa Seiryo University) studied Indian and Tibetan Buddhism at Hamburg University, Tribhuvan University Kathmandu, and Kyoto University. His publications deal with Buddhist doctrines in social context, as well as the image and transformation of Buddhism in modernity. In his recent articles “The World Arises from Mind Only: Candrakīrti’s Affirmation of cittamātra at Madhyamakāvatāra 6.87” (2019) and “Hidden Intentions (abhisaṃdhi) in the Abhidharmasamuccaya and Other Yogācāra Treatises” (2021), he traces the development and reception of Yogācāra thought.